Anyone who has ever dealt with moles knows what a nuisance they can be. They run just below the surface and create tunnels that tear up the grass while they search for food. 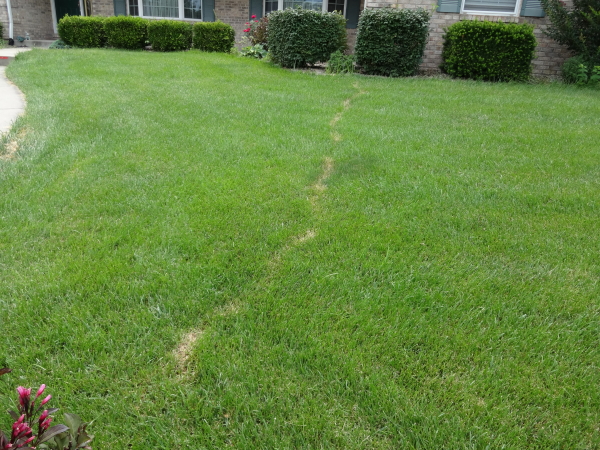 What is a mole?

A mole is a small, mouse-like animal that has curved claws that are used to burrow underground. Mole primarily feed on earthworms and their saliva contains a poison that paralyzes the worm so that they can eat now and store for later.

Moles mate in early spring and will give birth to a litter of 2-6 mole pups. A mole will typically live for 4 years and mate once each year. Moles will travel from area to area in search of food. There are over 20 different species of moles and each species has different characteristics and different life spans.

Unfortunately, there is not much that can be done to prevent moles. Grub control treatments get rid of grubs within the soil, but grubs are only a small portion of their food source so it will not eliminate moles completely because they will still find earthworms and other insects to eat.

Once moles have presented themselves, action can be taken to help eliminate the population. The best method found has been with poisonous earthworms. These worms are placed within active mole runs and mimic their food source so closely that they are ingested the same as actual earthworms. Within 24 hours of ingestion, the mole will pass. To fully control the mole population, it is important to be aware of new activity and contact the lawn care or pest control company responsible for baiting the runs.

Moles are nuisance, almost a double edged sword when it comes to the lawn. Yes they aerate the lawn and eat damaging grubs, but they also destroy the grass and create hazardous walking conditions with their tunnels. It is important to seek a mole control method at the first sign of mole damage. It is easier to control a small population in one area than it is a large population across the entire lawn.