They attack without notice, move in army formation from one host to the next, and damage plants very quickly. Armyworms are insects that exist every year, but occasionally cause a devastating infestation. 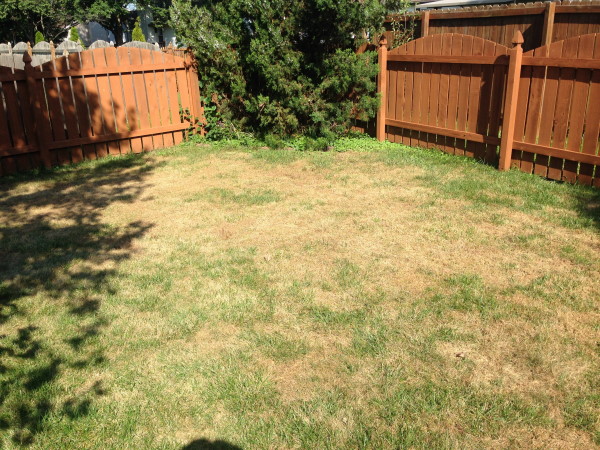 The Fall Armyworm is a caterpillar that is roughly 1.5-2 inches long. The armyworm travels in an army and will move from one food source, deplete it, then move onto another. This caterpillar is usually a grey, dull green, or dull yellow color and has stripes the length of its body. 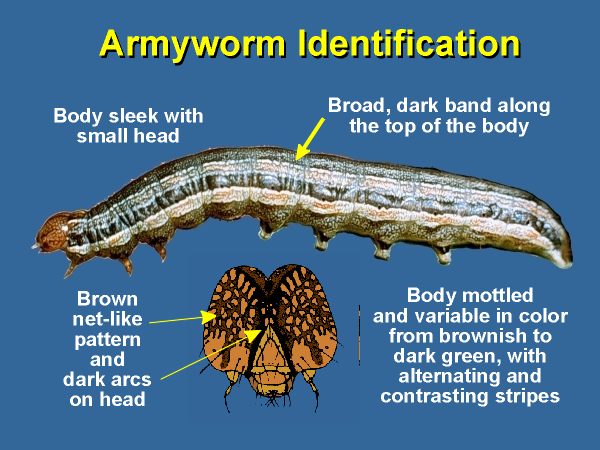 The armyworm is native to eastern and central North America, as well as South America and is unable to survive freezing winters. The armyworm moth will migrate to Illinois in April or May to lay their eggs in grasses or crops. These eggs will hatch in 2-3 weeks and the larvae will remain just below the soil surface, between the root system and the thatch. The larvae will remain in this level during the heat of the day and will surface at night, on cooler or cloudy days.

The armyworm will have 3 generations living throughout one year. The first generation will appear between April and May, the second between June and July, with the third emerging between August and September.

What causes the infestation?

Armyworms exist every year, yet the population can increase during a certain year due to different causes. This population increase occurs infrequently and without any indication and can every year or be spaced apart by 10-15 years.

While the exact cause is unknown, there are many theories that all play off of each other. One theory is that cool springs & summers with increased moisture levels are the preferred living conditions for army worms. Another theory is that the natural predators of the armyworm such as wasps and flies, which do not prefer cool & wet weather, are less active therefore allowing a larger armyworm population to exist.

The armyworm typically goes unnoticed until the damage has been done. One of the first signs of an armyworm infestation is to have a lawn that looks as though it has been run over with a steamroller. The grass will lay completely flat and be discolored. Armyworms eat the foliage of the plant. It is not uncommon for an army of armyworms to destroy an entire lawn or field within a few days. 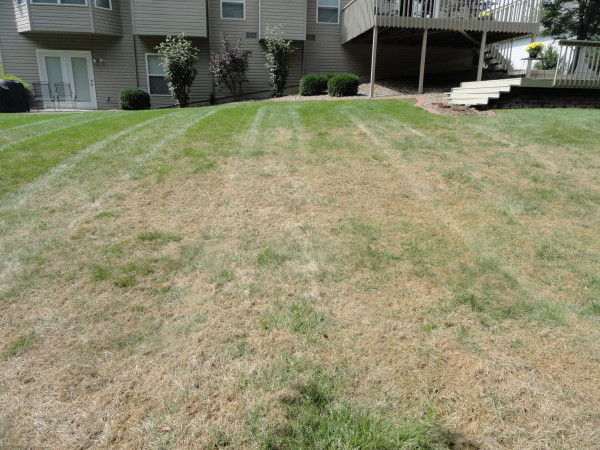 In almost all cases, any lawn that is lying down and discolored is dead and will require new seed. The best way to introduce new seed to these areas is to aerate and overseed or powerseed the area.

Hopefully as quickly as these armyworms marched in, they will retreat just as quickly. To help prevent the situation, it is highly recommended to have commercial-grade pesticide applications done throughout the year, every year. After an infestation is discovered, a commercial-grade pesticide application along with seeding will have the lawn back in shape in no time.